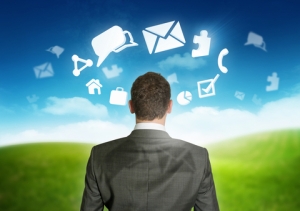 A fellow business coach lost a client after their first session, and it was wonderful! Sam told the story of his first meeting with Fred. Sam felt Fred’s natural warmth and experienced his transparency refreshing. Sam found he had to ask Fred often to speak up, due to his softly spoken manner. Sam could feel Fred’s pain and anxiety when he opened up about his frustrations, based on his crippling fear of expressing himself with his team. Fred has built two profitable businesses. Fred’s been offered the worldwide rights to the brand to one of his businesses and wanted to franchise. Fred admitted he had no idea how to become bigger than his fear, step out of his softly spoken shadow, and grow into an inspirational and respected leader.

Sam and I begin coaching our clients, in the same way. We want to know what they value, what is important to them and how they view their purpose. It is a challenging exercise for everyone and essential for coaching to begin. Who they are at their core shows up in their business and their life.

After this exercise, Fred decided to stop running his business. His passion was to support the teachers in his company. He decided to take paid position allowing him to pass the running of the business over to someone else as an outright sale or a management arrangement. Fred’s first coaching session with Sam allowed him to find what he wanted and what he did not want–“I do not want to be stuck in front of endless Excel spreadsheets.”

Fred is no longer Sam’s client as he stepped out of being a business owner. From Sam’s perspective, his one coaching session with Fred was a complete success. Fred found his passion. Fred took the time to stop and look at where he was and if that aligned with who he was. Fred found himself in the midst of all of that and decided to follow his passion.  This is his version of success.